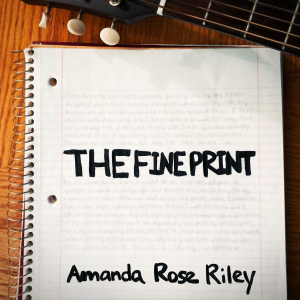 The Fine Print is my newest album, out June 18, 2021. It’s the first album I’ve self-produced with multiple instruments (including electric guitar and virtual drums and bass). As the title suggests, the songs often deal with themes of overcoming anxiety and being bold. These are not new themes for me, but more than before, this one feels like drawing a line in the sand. This is partly due to the more exciting arrangements, and partly because the quality of my songs has continually improved as I have studied songwriting and practiced the craft.

The best place to download from to support me is my store — this will be cheapest for you while also netting me the most cash. It is also available on most online music stores and streaming sites, including Spotify and YouTube (embedded below for convenience).

1. THE BENCH AT THE TOP OF THE WORLD (song blog)
It’s always such a struggle to get here
But this is my favorite spot in the world
For daydreaming
And looking out onto the city that I love

Even if some might say it’s too much work
Or they’d simply pass it by and they’d take no notice
I’m in it for the long haul, even if it hurts
Meet me on the bench at the top of the world

It’s always such a struggle to get here
But this is my favorite city in the world
Sense of belonging, and finally feeling like it’s my chance to be heard

Even if some might say it costs too much
Or that they can’t stand all the oppressive crowding
For me I can always see the beauty, it’s got that touch
Meet me on the bench at the top of the world

2. BOULDER (song blog)
I’ve had ups and I’ve had downs in my time
Moments on top of a mountain, and moments down in the grime
And I’ve had days when a little push led to a dream come true
And months and months when I tried and tried and I barely made it through

But I’m powerful, so I won’t just take anything
For I was born to sound off… to sing
So I’ll take all of my pain, put it in a song
And nobody’s gonna tell me that it’s wrong
Because now that I’ve made my mind up, I’m dangerously strong
And I think I knew that all along

And as I grow the gains get higher and the failure’s less
And I never, feel regretful, as long as I do my best
And I get people telling me how much my music means
And after years and years of trying, I’m finally who I want to be

3. HAVE YOU EVER SLEPT WITH THE LIGHTS ON? (song blog)
I’ve always wished I could ask you
If you were ever afraid
And how old were you when the fear finally went away
It’s been my steadiest friend
And though I try to defeat it every day
It’s so hard for me to fall asleep
So afraid of what could go wrong tomorrow

4. FOREVER YOUNG (song blog)
When I was five I used to think I would be settled in some pastel yellow house by now
On a pretty little row of pastel colored houses
With a hardworking husband, who looks like a prince
And a couple of funny, precocious little kids
I might be a pantsuit professional
Or a working writer, or a teacher
At any rate, a stable job, not still just a dreamer

These days, I wake up every morning, just after eleven
Spend most of my days reading and writing in bed
Still living with my mom, like when I was seven
But there’s meaning and method, I’ve got a direction
And the biggest surprise is I never dreamed this life could make me so happy

5. THE ARTLESS ARTIST (song blog)
The artless artist fell short again
Ruining a perfectly good shot
They shook her hand and quickly forgot
Can an artless artist ever find success?

I think about friends just like I did when I was five
Everybody has a story and something to teach me
And could end up being my best friend for life
But I’ve been fooled by so-called “friends” time and time again
With compliments and invitations to pretend they like me
But they were just using me till they find somebody better
Whenever I’m with a friend and we meet a stranger
Somehow by the night’s end, they become fast friends
They start keeping in touch every day
While the stranger soon forgets my name

I’ve been invited to cool parties once or twice
Introduced to people who I want to like me
But I cramp up lest I show too much excitement
And everybody says they hate all that’s insincere
Yet the way that they choose to get ahead is to pretend that they’re everyone’s best friend
Always asking for details they never want to hear
But me, I can’t pretend when I’m not interested
I don’t have a fake smile or a cool new way to say goodbye
I just awkwardly walk away, and every time I just say

And I am constitutionally incapable of telling lies
So I let my cards fall all over the table
Because I’ve learned over time
That if you never speak, people will assume you’ve got nothing to say
And without meaning to be cruel
They take the microphone away
So make sure you sing before it’s too late

6. THE FINE PRINT (song blog)
Been feeling like life’s already passing me by
With a heart weighted down from missing everyone who’s left my life
My heroes are all middle aged and I’m running out of drive
I feel like I’ve waited too long, and I never wanted to wait too long

And you could say time, time’s still on my side
But it’s quickly growing tired
Tired of all of my waiting around and all my insecurities

Because up until now, all my life has been in the fine print
But if I could choose, then it would be on a billboard while a spotlight surrounds it

Outgroups and borders, they’re so boring
I want to learn every language and go out and speak them
I want to fight in every single righteous revolution
I know I want too much, and I don’t want to want too much

And you might say pain, pain means you need a break
But if your feet hurt at the end of the day
Your day was probably better spent than a day where everything felt fine

Up until now, all my life has been in the fine print
But it’s time to move it on to a billboard where a spotlight surrounds it

7. ANXIETY (song blog)
It starts with a shortness of breath
I don’t know why it feels like someone’s sitting on my chest
Or maybe like we’re floating out in space without any oxygen

If I listened to my body, it would always have me believe
That nothing’s ever gonna be okay
But I believe the doctors when they say it’s only anxiety
And nothing else is really wrong with me

So I can focus on my face, feel the tension, let it go
Still my arms and still my legs and let myself sink into bed
Don’t search for answers I don’t need to know

And the worry is never far from my mind
When I’m lying in bed after the day fades to night
It’s brought on by the silent, still darkness when I know I should be sleeping

And for now I feel secure and I’ve got a roof above my head
For now I’m safe and warm, tomorrow isn’t my concern
As long as for today I have been fed

But anyway, my greatest worry I can’t shake
Is the possibility of living for a century with unfulfilled dreams
Resigned and given up and just a shell of who I am today

So I can focus on my face, feel the tension, let it go
Still my arms and still my legs and let myself sink into bed
Every single day I’m making progress

8. I’LL BRING MY VOICE (song blog)
I’m no diva, I’m no star
In a singing competition I wouldn’t get far
But many people like to listen when I sing
And in a noisy world, that means everything
So you bring that star power if you want to
I’ll bring my voice

Connecting with people, it’s my dream
It’s the only thing I know I really need
And the wealth that I need is only enough to survive
I eat beans for dinner and I don’t feel deprived
So you bring that fancy sports car if you want to
I’ll bring my voice

I’ll bring my voice
I guess I never really had a choice
I am who I am, and if they don’t like it
They can leave and I don’t need to know why